Book five of the Harry Potter series is honestly the start of what I call the “dark times”. And in this case pink is the most hated color.

This is the book where the Minister of Magic, Cornelius Fudge, appoints the awful Dolores Umbridge, as Defense Against the Dark Arts teacher. He was afraid that professor Dumbledore was going to take his job. Good job there Minister. You really picked an “incredible” professor.

I’ve read some horrible villains in my life, but she is on the top of the list. Umbridge is the epitome of a psycho cat lady. I’ve never wanted a fictional character to die so hard! Her problem was that she didn’t see outside her own believes. She believed she was right, and that was the end of it. She demanded order and went to cruel measures to obtain it. Doesn’t she sound like a political tyrant living in a white house? 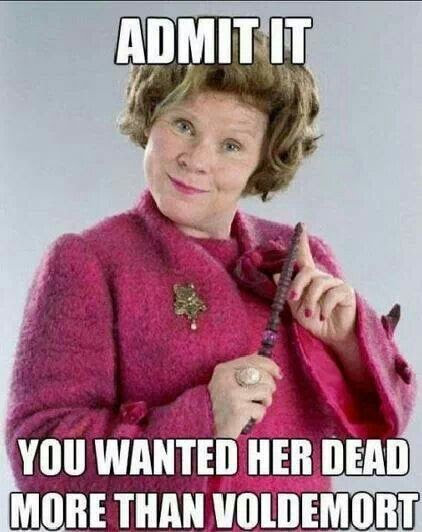 But this is also the book where we first meet Luna Lovegood and the new age version of Dumbledor’s Army was formed. My favorite is when Harry is trying to teach everyone how to conjure their patronum.

Ok I’ll stop rambling, and get on with the makeup details. Could we take a moment to discuss how massive this book is? I had the pleasure of carrying all 766 of hardcover pages in the subway. Back when I first read the series, eBooks were not heard of and paperbacks were nonexistent for books of these type.

I gained muscles from carrying this baby around. I had a tote where I would carry it by itself. It was not only an incredible story, it was a weapon hahahaha!

Going back to patronum? Do you know yours? Mine is embarassing!… but at the same time, I totally get it. As a witch or a wizard, being able to conjure up a patronus is a sign of superior abilities. Some will never be be able to.

To find out yours visit pottermore.com. You will be sorted into your Hogwarts house, Proud Hufflepuff! And also your Ilvermorny House.

Ilvermorny is the American school of Wizardry. I’m in house Horned Serpent. Unlike Hogwarts, the serpent does not equal to evil and dark. This is the house of the mind and favors scholars. AKA, I’m smart.

Missed my past book makeup inspo? See them here!