Like Madea would say, thank you Lort it’s Friday!
It’s been a long but amazing week. I desperately need to catch up on some serious sleep. But let’s end this Halloween week with our clash of the Nerd Boxes.Last month I wasn’t able to show off my Lootcrate and Geekfuel boxes for September 2016. So I am tossing them all together with the October ones.

I do have to say, the October Lootcrate is by far one of the best I’ve ever received. It hits the Halloween feels the right way!

I’ve been a bit disappointed in the Geekfuel items lately. Strongly considering ending my subscription after December, and trying out something else. I just feel they toss in too many filler items that make no sense. Any recommendations?

Any who, I’ll stop blabbing and get to the good stuff. FAVORITE ITEM? I wasn’t a huge fan of this box, but the Flash hood ornament is pretty awesome. FAVORITE ITEM? I can’t lie the dang cutting stole my heart. I mean imagine having friends over and you break that baby out? I know so damn cute! 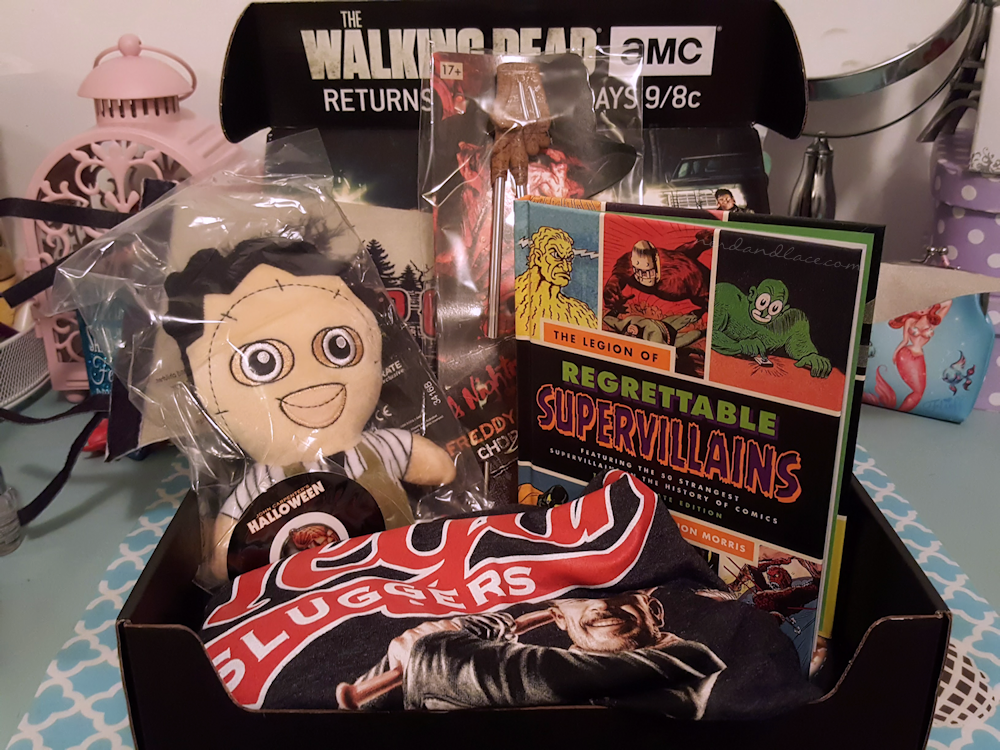 FAVORITE ITEM? Honestly, I can’t pick one. I love this box. It includes items from the horror, actual horror movies and not gore masked as horror, movies I grew up with. I still can’t watch the first Freddy. And the box is so bloody cool! We may have to have some fun with it this weekend. FAVORITE ITEM? This box was a bit underwheming. I will say the Firefly t-shirt is pretty awesome.

And there you have it my fellow nerds. I can’t wait for the November Boxes! But for now, which box or item was your favorite? Share with us below, on Instagram, SnapChat,  Twitter, Facebook, and or/ Tumblr.

Have a great Halloween weekend. May you be safe from the crazy clowns!