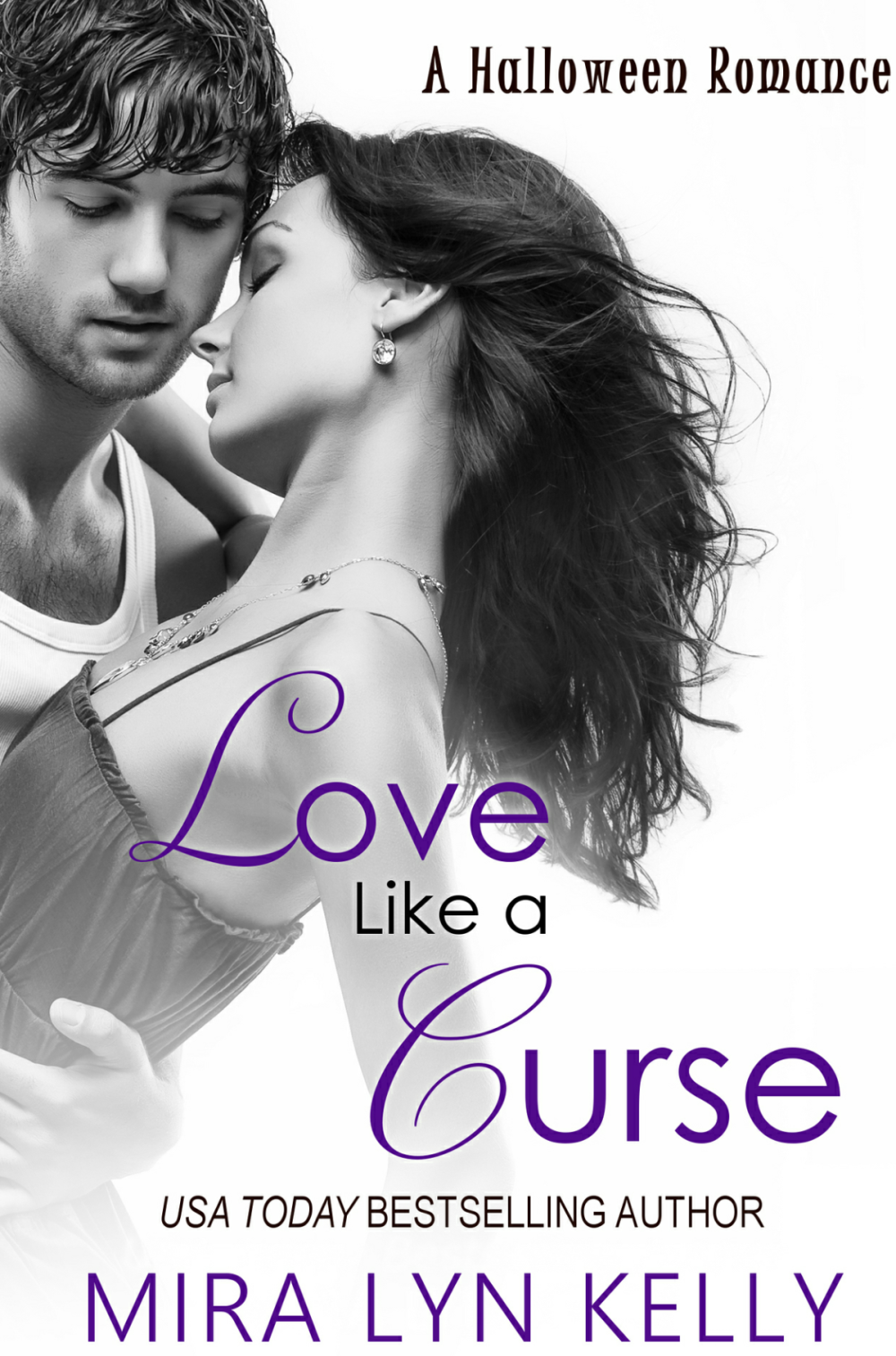 Bar owner Kayla Sloane knows she has it good. Too good to complain about anything as trivial as her big brother’s over-protective streak or poor impulse control when it comes to judging her dates. After all, the guy’s a ghost—it’s not like his life turned out the way he planned either.

So Kayla can’t date. So what. The only man to make her want more moved away the day she met him, and a year later, she’s accepted her lack of love life for what it is.

Her meddling wanna-be-witch little sister though? Not so much.

Rafe Carpenter is a haunted man. For more than a year, he’s dreamed of Kayla’s smile, her laugh, and her sexy kiss. Now he’s back in Chicago, looking for a second chance with the woman he’s sure is The One.

Only Kayla isn’t convinced. She’s got a few concerns, including her non-traditional family. But Rafe’s a see-it-to-believe it guy, he’s not seeing anything but how right they are together. Now he just needs to convince her…

LOVE LIKE A CURSE is approximately 16,000 words, and was originally published as LOVE LIKE MAGIC under the pen name Moira McTark.

Ok so before, I jump into this review, I attempted to read an actual horror book. I was hoping to actually bring you something spooky and scary for Halloween. But that did not go over too well at all. I could not get into horror, and lost interest really fast. And as I was lost looking for something Halloween, Mira came to my rescue. THANK YOU MIRA! So on with the show.

What do you do when your dead brother is a huge cockblock? You don’t date. At all. Kayla had given up, because when she did her dead brother would harm the guy in some way, some how. They were never good enough. Leave it to her dead brother to be overly picky on who she dates. Perfectly normal, right?

That was until Rafe stepped in and they spent a memorable Halloween together,  where he still had her name on his lips a year later. Thei connection was so strong, he practically drove across the country to see her again.

This is a short novella, but man it is packed with heat. Kayla and Rafe are habanero hot! My only issue with this story is it ended just when it was getting good. I want more and I will act like a spoiled brat until Mira delivers *cough-still waiting on Garret’s  sister-cough*. I mean there’s still so many unanswered questions.  I need answers!

I highly recommend this ghostly/paranormal book to anyone looking for a short, fun, and sexy Halloween book. I give it 4 Nerd Glasses out of 5!

Have  you read this or any Halloween books? Share with us below!