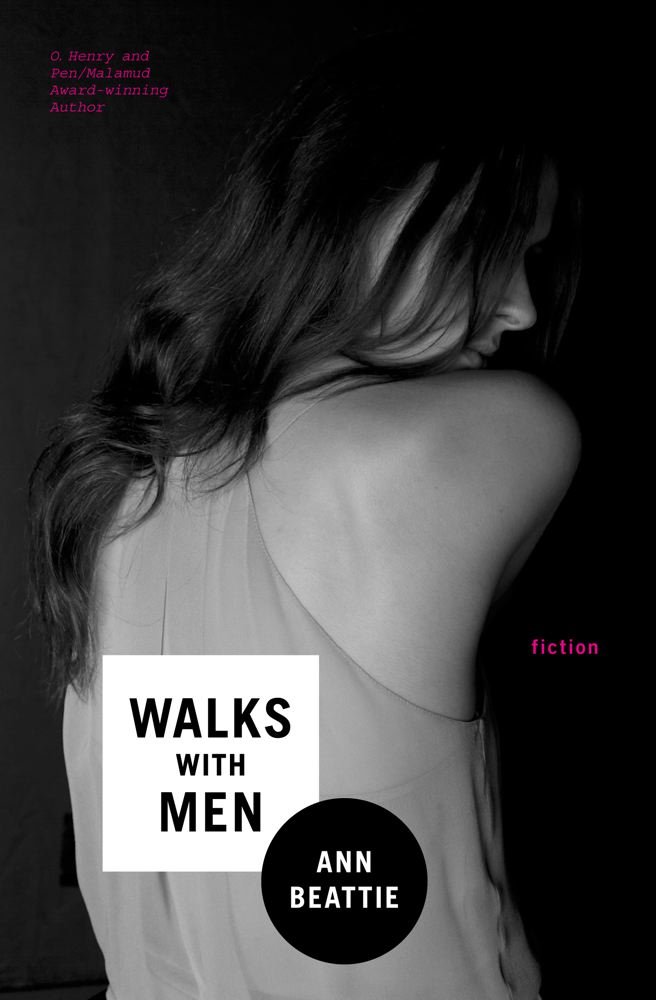 It is 1980 in New York City, and Jane, a valedictorian fresh out of Harvard, strikes a deal with Neil, an intoxicating writer twenty years her senior. The two quickly become lovers, living together in a Chelsea brownstone, and Neil reveals the rules for a life well lived: If you take food home from a restaurant, don’t say it’s because you want leftovers for “the dog.” Say that you want the bones for “a friend who does autopsies.” If you can’t stand on your head (which is best), learn to do cartwheels. Have sex in airplane bathrooms. Wear only raincoats made in England. Neil’s certainties, Jane discovers, mask his deceptions. Her true education begins.

Hello there my fellow book dragons! Today I bring to you Walks with Men: Fiction by Ann Beattie, I picked this one up on one of my strolls through my local library. Truth be told, the only reason I picked it up was because of the name. It also helped that it was a short story. It wasn’t one of the most brilliant library pick ups I’ve had.

After reading the blurb I thought it might give me some sort of insight into the male psyche. Or maybe the author would drop my mystical life altering wisdom on me. I was wrong. It was a 102 page hot mess that taught me nothing except that men lie, women are stupid and privileged middle-aged men have strange rules about life.

Jane chooses to leave her hippy/farm boy boyfriend and hook up with Neil, a writer 20 years her senior, after a short affair while she stays in the big city for a minor medical procedure for a medical problem that is never addressed again. Pretty sure she got better. Neil gives Jane advice about stuff that doesn’t make sense to me. Is it really a better thing to say you want leftover for a medical examiner friend than your dog? I don’t understand, do M.Es only live off of leftovers? I thought they made good money.  Are you even supposed to tell your server who you want the leftovers for? I don’t think they care. Just leave a good tip. (That should have been one of the life rules Niel was teaching Jane)

Maybe it’s because I’m a poor taco and can’t relate to his rich people shenanigans.

The story is literally all over the place and things happen for the giggles. For example her neighbor Etch and his boyfriend Kim, they’re just people she knows because they live in the same building and she watches them do the hokey pokey once in awhile. She sits in the corner and watches. Maybe if there was a growing relationship between them it would make sense or maybe if she left Neil for Etch. But Jane has the V where Etch prefers the P so that’s not going to happen.

I give this book one Taco out of the Taco Scale of Awesome. I didn’t like it. I didn’t understand the point and still am not completely sure there was any actual plot to it. I suppose you can say that this story is an insight on how women marry a man knowing he has no problem living a secret life, but that would be giving it too much credit. The characters were bland with a spoonful of douche wrapped up in random occurrences. All the reviews on the book jacket lied and I feel betrayed. BETRAYED.

I don’t recommend this book unless you think you’re deeper than I am (to be fair, you might be) and would be better at wrapping your head around this huge mess of a short story. And if you do, please send me a message and tell me what the point of the book is. Help a Taco out.

Until next time. Mon, over and out.