As you know, we are not the type of blog that features weddings and such. And to be honest, there’s tons amazing blogs out there that would do weddings and engagements justice. However, every once in a while, I come across an incredible story that just needs to be shared with everyone. It’s the kind of story that brings tears to a jaded city girl like myself eyes. So without further ado, here is the engagement of Melissa and Cameron. 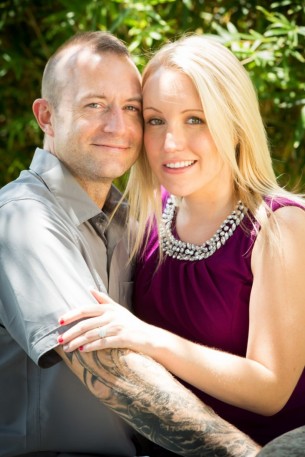 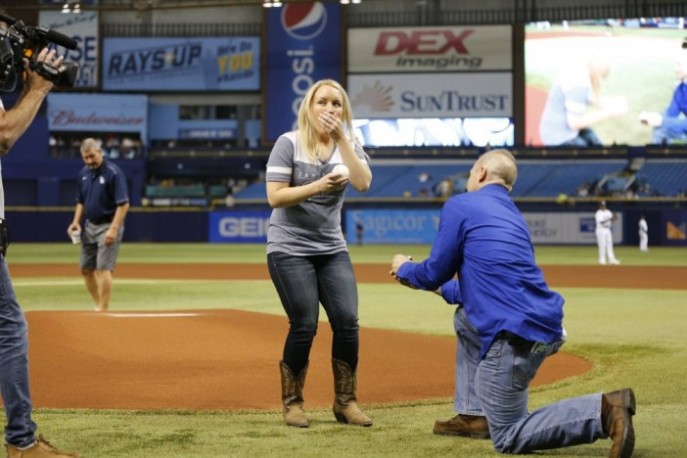 “Every once in a while in the middle of ordinary life, love gives us a fairytale” I feel that I am living a real life fairytale and I am so blessed to have found my prince charming.

I’ve learned that fairytales are REAL, not because they tell us dragons exists, but that the dragon can be beaten!

In January of 2012, I survived a horrific and senseless act of violence that never should have happened. I was attacked and stabbed 32 times outside my mother’s home by an abusive ex-boyfriend I met in high school. I had broken up with him 3 months prior because of the abuse. 19 stabs were in my head, neck, and face….the rest were defensive stabs on my hands and arms. I flat-lined 4 times in the ER, received 12 units of blood, suffered a stroke in my cerebellum, had a fractured skull and nose, missing two teeth, right facial paralysis, stabbed larynx, and was severely beaten.

It’s a miracle I am still alive today…even the doctors say so. I know God saved me, He couldn’t stop what happened but He did perfectly line up each individual after the attack who had a hand in saving me….I believe I was saved to tell my story. Following that horrific night, I felt the conviction to become an advocate and dedicate my life to speaking out against the violence that is wreaking havoc on our generation.

I never thought the day would come that I’d trust someone enough to date them. I was always worried about how I could ever explain to someone all that had happened to me or let my guard down to trust again. That was until I met Cameron.

I never had to worry about explaining to him what happened to me because he already knew. He is a Firefighter-EMT and was on my call that horrific night. He was the one who set up the landing zone for the helicopter and helped load me into it. We met about a year later as a surprise when I was giving my first keynote speech for my community’s local domestic violence center. He invited my mom and I to dinner at the fire station so we could spend some time with all of our heroes on the crew. Both of us instantly knew it was meant to be and after a couple months of getting to know each other, we had our official first date. I believe God brought us together and there is a reason he was on duty that night…. it was to meet once again when the timing was right.”

To read more on their proposal, visit How He Asked.

Before I go, would you be so kind to help me with my Birthday Wish? Please help me raise $400 for Charity: Water. Click on the image below to find out how you could help: