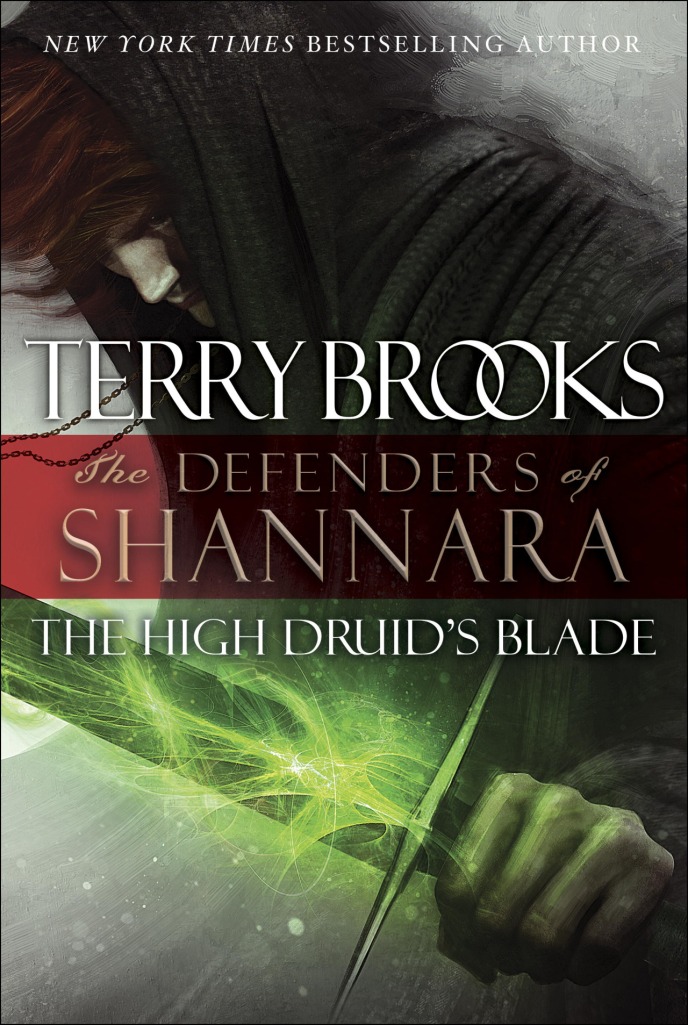 Legend has it that Paxon Leah is descended from the royals and warriors who once ruled the Highlands and waged war with magical weapons. But those kings, queens, and heroes are long gone, and there is nothing enchanted about the antique sword that hangs above Paxon’s fireplace. Running his family’s modest shipping business, Paxon leads a quiet life—until extraordinary circumstances overturn his simple world . . . and rewrite his destiny.

When his brash young sister is abducted by a menacing stranger, Paxon races to her rescue with the only weapon he can find. And in a harrowing duel, he is stunned to discover powerful magic unleashed within him—and within his ancestors’ ancient blade. But his formidable new ability is dangerous in untrained hands, and Paxon must master it quickly because his nearly fatal clash with the dark sorcerer Arcannen won’t be his last. Leaving behind home and hearth, he journeys to the keep of the fabled Druid order to learn the secrets of magic and earn the right to become their sworn protector.

But treachery is afoot deep in the Druids’ ranks. And the blackest of sorcery is twisting a helpless innocent into a murderous agent of evil. To halt an insidious plot that threatens not only the Druid order but all the Four Lands, Paxon Leah must summon the profound magic in his blood and the legendary mettle of his elders in the battle fate has chosen him to fight.

Available from Amazon and B&N

Did you miss me? Of course you did. Don’t lie, it’s okay. I missed you too.

I wanted to enjoy this book more than I did. It wasn’t bad, it was just hard to get into the story. It seemed like it dragged a little to get to the good stuff. This book is the kind of book that you can put down go do some chores, come back to it before bed because you know it’s not going to keep you up at night but you’re going to see it through.

Paxton Leah is the main character, a young highlander that runs the family business and acts as head of household since his dad died. His sister is a menace and most often than she’s starting something somewhere with someone. Which is annoying, I would think. Always digging your sister out of trouble has to be trying. But dude, she’s your sister. It’s not like you can just leave her there. Your mom would kill you.

It was a great start I was like, “Yes! Let’s kick some ass, Paxie!” and he does. By accident. He gets his sister back and ends up training with Druids. Yes, I love druids and their awesome magic!

Remember the old sword he picked up to save his sister? Turns out it has magic that only Paxton’s bloodline can work. Hence why he goes off to train with druids. I was hoping for some amazing sword/magic fighting between Paxton and the bad guy. Or maybe some dragons. Okay, maybe not dragons.

There’s some good character growth going on for Paxton while training to be a Druid protector. I liked that. He makes friends with a druid named Starks and together the fight the forces of evil! Kind of. Paxie is the muscle and Starks is the logic in this duo. It’s a good working relationship until it’s not.

I give it 3 tacos in the Taco Scale of Awesome. The story moves a little slow for my liking but the characters are likable.There’s some pretty cool magic use, even if it was accidental. Some magical manipulation accompanied by a betrayal that’s clear as day. If you don’t mind the slow build I recommend this book. If you need something more fast paced this isn’t for you.  I also think I didn’t enjoy as much because there is so much back history to this universe that and before this  book I had never read a Terry Brooks book. Maybe later on I’ll give it ago.

Until next time. Mon, over and out.