Ok so the Golden Globes wrapped up about an hour ago, and here’s one more Best Dressed list for you. Granted I did not watch the red carpet, but looking around, these ladies are who I consider the Best Dressed of the night. I tried to only pick 10 but that proved to be a difficult task, so 15 it is! 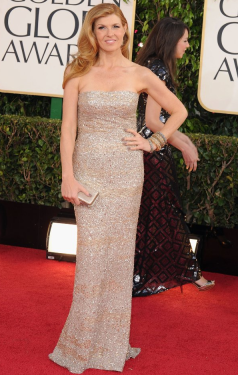 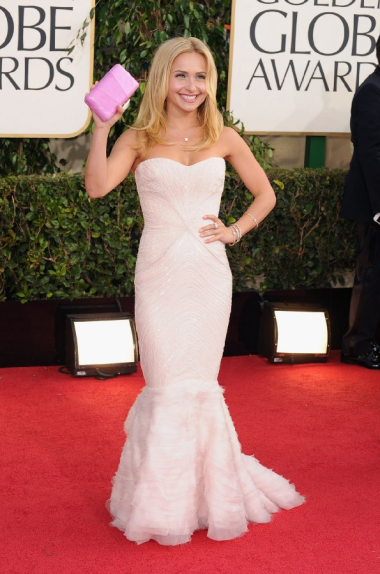 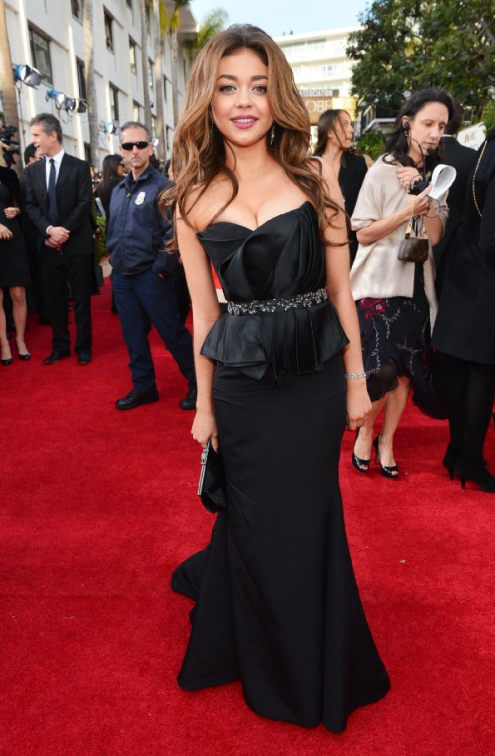 Trends I spotted? Lace, the colors blush and black, and trumpet/mermaid style gowns. All which I love!

Worst Dress? Julianne Hough in Monique Lhuillier. and Lucy Liu in Carolina Herrera. Both of these gowns were a massive disappointments since I’m a HUGE fan of both designers. I mean Lucy looks like wall paper. And look at Julianne’s face. She looks uncomfortable in the gown. All I want to do is scream, “It’s so fluffy!”

UPDATE 1/14/2013: Adding Alyssa Milano and Lena Duhnam to the worst dressed. Both looked terrible. As a matter of fact the entire cast of Girls looked terrible when they went up on stage. Alyssa’s dress makes her look like she’s 30 pounds overweight and the color is all wrong for her. Lena’s dress looks like a curtain at a funeral home. On a side note, could someone please teach Lena how to walk in heels? She looked like Frankenstine walking to stage. I mean her hideous dress was long enough that you couldn’t tell if she was in flats… Just a thought.

Which one was your favorite dress?